Ubuntu 20.04 brought new GNOME 3.36 with a whole new set of customizations and improvements. You could change the theme from within Ubuntu settings. You had Extensions built-in the app launcher, by default. So, you could download and use GNOME extensions without installing GNOME tweaks. But, there was nothing for icons. I still have to be content with Yaru icons and a bit of fiddling in GNOME tweaks. So, I went on to search the best icon packs that worked with Ubuntu 20.04, and here’s the list.

How to install an icon pack

The process to install an icon pack differs from developer to developer. I have mentioned the installation command along with the icon theme. However, to set the icon pack, the following are the steps.

Folder Color is not an icon pack per se but a pretty handy utility. It lets you provide different colors to the folders with a right-click. This makes it much efficient in distinguishing important folders. In my case, I have assigned colors black, grey, brown to the folders I rarely use. This way I can’t see these folders in Nautilus and trick my brain to believe they don’t exist.

The most amazing thing is that it works with all Ubuntu default icons like Yaru, Adwaita, GNOME, etc and other file explorers like Caja and Nemo. So you wouldn’t have to install any overhead besides Folder Color. Below are the commands to install Folder Color on Ubuntu.

In case you don’t use the Yaru Icons, don’t install the “yaru-colors-folder-color” package.

This list wouldn’t be complete without Papirus. It’s quite popular and has reasons for it. It supports a lot of icons as well as dark and light themes. It is continuously updated. Out of all the themes, I have tried Papirus supports icons of most third-party apps. The only complaint I had is there are is no cursor support.

Suru+ is an icon pack built on top of the popular icon pack Suru from Sam Hewitt. I just love Suru++ for the consistency of the icon shape throughout. All the icons in the launcher, dock, settings are squircle-shaped and it maintains consistency almost throughout GNOME. Coming from Pixel icon packs, it had me on this consistent shape. Bonus, it has a cursor icon as well.

Similar to Suru++, I loved Numix Circle because of the consistent shape throughout icons in GNOME. I would also love to have the same consistency in file explorer. Moreover, when you install the Numix circle icon pack, it’ll give you 4 icon packs – Numix, Numix-Light, Numix-Circle, Numix-Circle-Light. Out of these 4, I only found Numix Circle good enough.

Having said that, unlike Suru++ Numix has options for both light and dark themes.

If you love the macOS theme and icons, you can get it on Linux as well. In my previous article on dynamic wallpaper apps for Ubuntu, I mentioned a way to get the macOS Mojave wallpaper. To get the same icon pack, you have to download the tar file from this link, extract it and move to the “~/.icons” directory. Next, restart GNOME and you would find the option to set OS-Catalina icons.

Although there’s a huge craze for these icons, I didn’t find it appealing on my PopOS distro.

Windows 10X has been the talk of the town. In case you don’t know, it’s Microsoft’s future OS for foldable devices. The best part about it is the return of 3D icons. You can get the same on Ubuntu as well. To install it, download the tar file from this link. Next, extract the folder and run the following command from within the folder.

Complement the Windows10X icon pack with the pre-release wallpaper and you have a Surface in your hand.

If you have embraced the dark world (cheesy AF), the Shadow Icon pack is the way to go. It’s a 2D icon theme with a brush of shadow on the icons. I liked that the developer has maintained icon consistency even in the file explorer. Everything is circular from the settings menu to the dock and the launcher. By far, I feel this is a must-have theme if you use dark mode consistently.

I didn’t find it appealing with the light theme and it doesn’t support Folder Color.

Recently, I moved to PopOS to try out new flavors of Ubuntu. The first thing I loved is the PopOS theme and icons. Well, you can install it on Ubuntu as well. It supports icons for the top bar, launcher, file explorer, cursor, shell, etc. Similar to Yaru and Papirus, it also supports Folder Color. 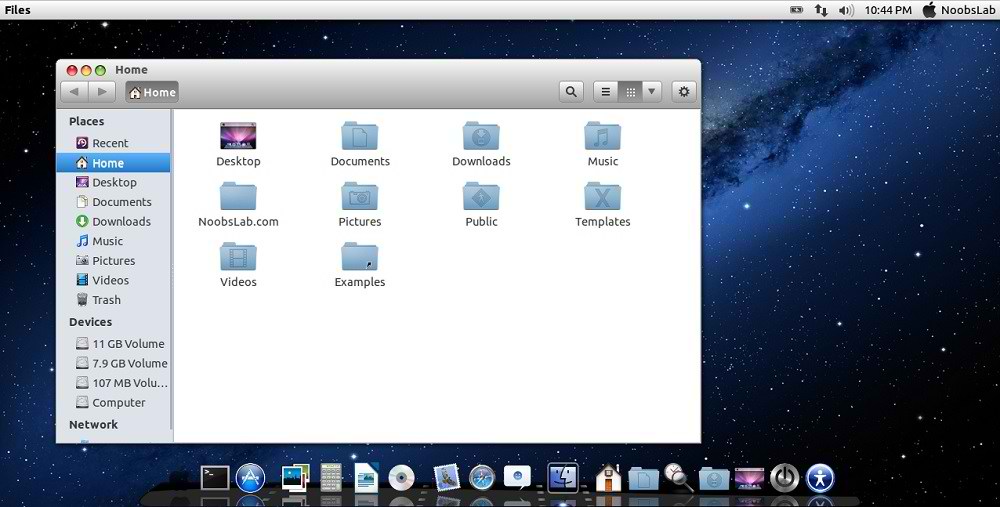 In case you like PopOS wallpapers, you can install it via a package called “pop-wallpapers”.

Flattr is a basic 2-dimensional icon pack. Surprisingly, I found it to have much more icon support than Luv icons which is built on top of Flattr. If you are coming from Pop Icons, you would hardly notice any difference. Flattr Dark has a good set of minimal file icons in the black and white shade which look beautiful in Nautilus.

Luv icon pack is pretty new to the icon pack scene. It’s a successor to Flattr and supports thousands of icons. However, I found it to be lagging when compared to Papirus. You can report the missing icons on the GitHub page. Besides icons, it also provides wallpapers to complement with the icon packs.

Candy Icons is by far the fanciest theme in this list. The developer went all out in maintaining abstract and fancy colors. I quite liked the theme in dark mode. The process to install candy icons is similar to OS Catalina. Download and extract the zip file from this link. Move the folder to the “~./.icons” folder.

However, the file icons don’t complement the icon pack. To fix that, you can combine it with Sweet Folders which is a folder icon add on for Candy Icons. The step to integrate them is quite tedious.

I loved the Suru++ and we10x icon pack and I am rocking it on my PopOS machine. Let me know what’s your favorite in the comments below.

Changes are a part of nature, and this is also the case with technology. As time progresses, technology keeps on evolving and advancing through new and revolutionary changes. Ubuntu is the perfect example of this, as it has seen remarkable growth in its infrastructure. From what was once a simple server-based architecture, to now being used as the primary Linux distribution for desktops, this clearly shows how far Ubuntu has come.Ubuntu has made quite the name for itself in the industry and has quickly become one of the fastest-growing operating systems in today’s market. Being free and open-source, along with having a smooth and silky interface, has made Ubuntu a worthy challenger for Windows and Mac OS. One fascinating aspect about Ubuntu that has made it so sought-after among users is how easily customizable this distro is.

Users can tweak and play around with the settings in Ubuntu and change it with regards to their interests. These include changing themes, design, and even the layout of the interface.

This article shows you how to customize Ubuntu 20.04 to look like Mac OS, a series of operating systems developed by Apple.

Before customizing Ubuntu, you will first need to install some required packages that will aid you in this process. The first is the Gnome Tweaks tool, which allows you to tweak and change the look and behavior of Ubuntu. To install this tool, open the terminal via the shortcut Ctrl + Alt + T or from the Ubuntu Dash and run the following commands in the terminal:

Next, install the GNOME Shell Extension package, which adds further functionality to your Ubuntu system. To install this package, run the following command in the terminal:

After installing this package, restart your system.

Once you are done installing the prerequisites, it is now time to move on to the first step of making your Ubuntu look like Mac OS, which involves the installation of a Mac OS GTK Theme. To download a theme for your Ubuntu system, go to the gnome-look website and search for the theme you want. This website gives you multiple options, and you can also filter the themes according to date of release and user rating.

Some great Mac OS themes include McMojave, Catalina, McHigh Sierra, and so on. We will be using the McMojave theme in this tutorial. To download the theme, click on the Files section, and then click the download button next to the theme you want to install.

After downloading these files, go to the home directory and press Ctrl + H to show the hidden folders and files. If you do not see the .themes folder, then create a new folder with the .themes name and extract and copy the folders that you downloaded to this directory.

Now, once again, open the tweaks tool and select the Appearance section. Here, change the Applications and Shell theme. You will see an instant change.

The next step in making Ubuntu look like Mac OS is to install icons that look similar to those in Mac OS. The process is mostly similar to what we did in Step 1. Once again, go to the gnome-look website and search for the icons that you want. Some good options include McMojave-circle, Mojave CT-icons, Cupertino icons, and so on. We will be using the McMojave-circle icon set in this tutorial. The process for downloading the icons is the same as the one described for the theme in Step 1.

After downloading your icon set, go to the home directory and this time, look for the .icons folder. If this folder is not present, create a new folder with the .icons name and extract and copy the folders that you downloaded to this directory.

Again, open the Appearance tab in the tweaks tool, and this time, change the Icons theme.

The third step is to change the wallpaper of your Ubuntu system to something that matches that of Mac OS. You can find some really good wallpapers from oswallpapers. To change your wallpaper, right-click on your desktop and select the Change Background option.

Click the Add Picture option in the top right-hand side and select the wallpaper you downloaded.

The fourth step involves getting a Dock similar to the one in Mac OS. There are numerous external options available for Linux, such as Plank, Cairo Dock, Dash to Dock, and so on. In our case, however, we will just be adjusting the settings of the original Dock. 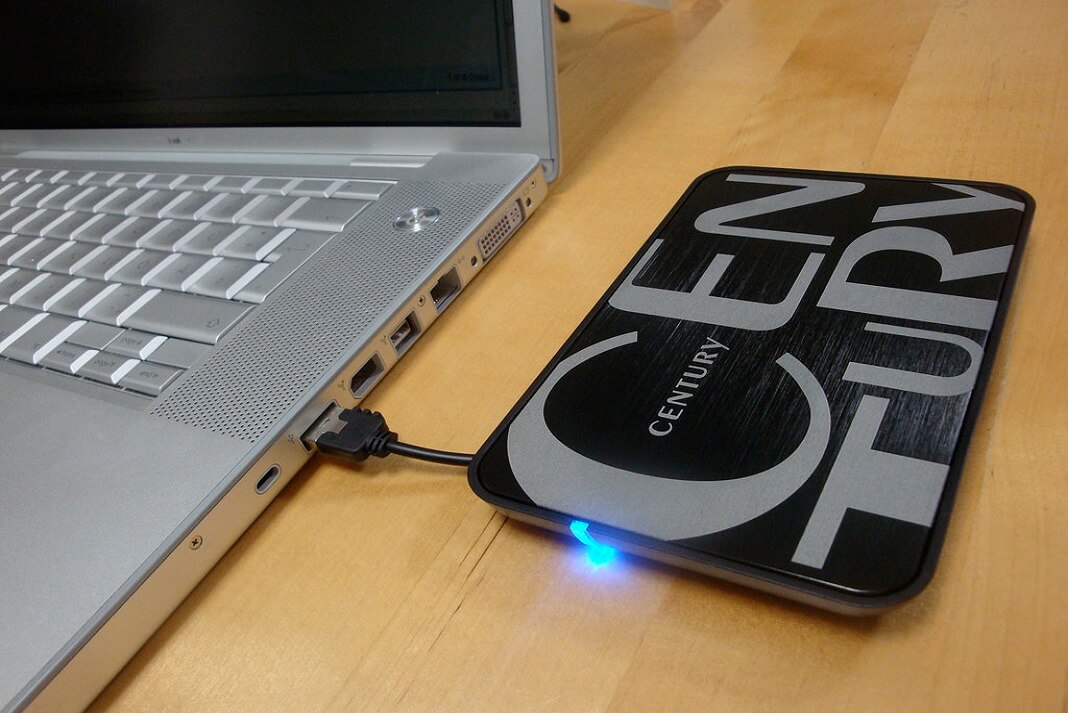 Open Settings and go to the Appearance tab. Here, under the Dock options, switch on the Auto Hide feature and change the position of your Dock to Bottom.

Next, run the following commands in the terminal to further customize your dock: The official font used in Mac OS is San Francisco. Download the font, extract it, and install it by clicking on the .otf file.

After installing the font, once again, open the Tweaks tool and select the Fonts section. Change the fonts of the various options to San Francisco.

And, voilà! You are done. Your Ubuntu 20.04 should now look quite similar to Mac OS.

Ubuntu is a highly customizable operating system that allows users to easily tweak and configure it according to their interests and needs. For users that want to experience using Mac OS or who just switched from Mac OS to Ubuntu, you can easily customize your Ubuntu system to look like Mac OS by following the steps shown above.