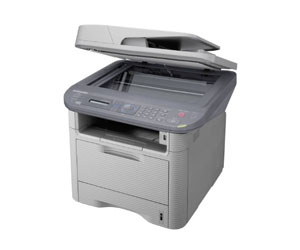 Hi there. According to the post listed below I downloaded the suggest Drivers yet when I goto open it I get Office Word for Mac trying to open it? Is there a different method of istalling said driver? It's sitting on my desktop at the moment, on my MaCBook 10.4.7 ...?? Any help installing this driver, & maybe I can get future help getting it to work with my Netgear PS101... Through my Rangemax Router 240...
Thanks...
Previous Post that helped me go in the right direction yet the instructions don't seem to be helping.
---------
Posted: Jan 31, 2006 1:06 PM
Oh my God, I found a driver that works with my Samsung ML-1210 printer on 10.4.
I had done a search on this forum, downloaded the following:
Alternate driver:
http://www.linuxprinting.org/macosx/samsung-gdi/
except, get the newer ESP ghostscript from here:
http://www.linuxprinting.org/macosx/foomatic/
but my computer didn't recognize the printer and I couldn't set it up.
I then did a Google search and stumbled on Jeff Boulter's site where he offers a link to a driver for the ML-1740. OK, not the same model, but by that time I was pretty desperate and willing to try anything.
It worked! Here's the link:
http://boulter.com/blog/2005/06/14/samsung-ml-1740-printer-drivers-for-macs/
Click on 'a copy of the drivers' and a copy of the driver will be downloaded to the desktop. Open the driver to install it on the hard drive, then set up your printer through System Preferences. I set mine up through both USB and wireless Airport connection without a hitch.
Hope this helps those of you out there searching for the elusive driver.
If you do download it, I'd like to hear how it went for you. I still have the inital Linux driver and ESP ghostwriter script installed, and would like to know if I need to keep them on my system, or if I can trash them.
jp
MacMini 1.66, MacBook 1.83 Mac OS X (10.4.7) Both have 1 gig of RAM? 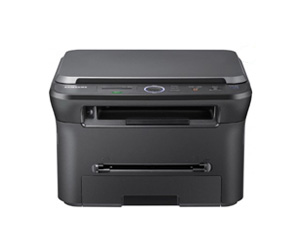 Hi tediousregistration,
It looks like the driver version you were using is quite old and that could potentially be the problem. Using a driver that's coming up on 4 years old is bound to 'break' at some point. It's just frustrating when it happens.
I did some digging on the Internet and I found some links to various versions of the driver, perhaps trying a new version might resolve the issue.
Unfortunately with peripheral driver versions, it's up to the manufacturer to ensure compliance with the OS. It's possible, as 10.5.7 is still very new that a newer version might become available which supports functionality in this revision of OS X 10.5
I also am including a link for Gutenprint. Although it doesn't list that model of Samsung as one of the support drivers, I find that open source community is often the best place to go for older (or not as a common) models.
http://gutenprint.sourceforge.net/pSupportedPrinters.php
http://driverscollection.com/?H=ML-2010&By=Samsung
http://www.toggle.com/lv/group/view/kl35330/DriverSamsung_ML-2010Laser.htm
http://www.driversbay.com/drivers/printers/samsung/ml-2010/apple-mac-os-x-10-5-l eopard/