Snow Leopard is the gateway to update your Mac to a newer operating system via Apple Purchases. Having seen the negative reviews, I thought I'd give it a go and see what happens. Nothing to lose. Well, imagine my surprise when I copied the iso to a USB stick, stuck it into my 2008 MacBook Pro and it worked beautifully. Rosetta is not installed by default in Mac OS X v10.6 'Snow Leopard', but can be retained as an option via the installer or Apple Software Update. Rosetta is neither included nor supported in Mac OS X v10.7 'Lion' or later, which therefore cannot run PowerPC applications. Rosetta translates G3, G4, and AltiVec instructions, but not G5.

Rosetta is a dynamic binary translator developed by Apple Inc. for macOS, an application compatibility layer between different CPU architectures. It gives developers and consumers a transition period in which to update their application software to run on newer hardware.

The first version of Rosetta, introduced in 2006, allows PowerPC applications to run on Intel-based Macs. The second version, introduced in 2020, is a component of macOS Big Sur to aid in the Mac transition to Apple Silicon from Intel processors.[1] The name 'Rosetta' is a reference to the Rosetta Stone, the artifact which enabled translation of Egyptian hieroglyphs.[2]

Apple released the first version of Rosetta in 2006 when it changed the instruction set architecture of the Macintoshplatform from the PowerPC to the Intel processor. It was initially included with Mac OS X v10.4.4 'Tiger', the version that was released with the first Intel-based Macs, and allows many PowerPC applications to run on certain Intel-based Mac computers without modification. Rosetta is based on QuickTransit technology.[3] It has no graphical user interface, which led Apple to describe Rosetta as 'the most amazing software you'll never see'.[4] Rosetta is not installed by default in Mac OS X v10.6 'Snow Leopard', but can be retained as an option via the installer or Apple Software Update.[5] Rosetta is neither included nor supported in Mac OS X v10.7 'Lion' or later, which therefore cannot run PowerPC applications.[5]

Rosetta translates G3, G4, and AltiVec instructions, but not G5 instructions. Although most commercial software for PowerPC-based Macs were compatible with these requirements, any applications that relied on G5-specific instruction sets had to be modified by their developers to work on Rosetta-supported Intel-based Macs. Apple advised that applications with heavy user interaction but low computational needs (such as word processors) would be best suited to Rosetta, while applications with high computational needs (such as AutoCAD, games, or Adobe Photoshop) would not.[6]

Rosetta also does not support the following:[7]

The reason for Rosetta's reduced compatibility compared to Apple's earlier 68k emulator for PPCs lies within its implementation. Rosetta is a user-level program and can only intercept and emulate user-level code. By contrast, the 68k emulator accesses the very lowest levels of the OS by being at the same level as, and tightly connected to, the Mac OS nanokernel on PPC Macs, which means that the nanokernel is able to intercept PowerPC interrupts, translate them to 68k interrupts (then doing a mixed mode switch, if necessary), and then execute 68k code to handle the interrupts. This allows lines of 68k and PPC code to be interspersed within the same fat binary.

Rosetta 2 is included as of macOS Big Sur to aid in the Mac transition to Apple Silicon from Intel processors.[1][8] In addition to the just-in-time (JIT) translation support available in Rosetta, Rosetta 2 includes support for translating an application at installation time.[9]

2009 – Low End Mac colleague Simon Royal says he didn’t believe the rumors last year that Mac OS X 10.6 Snow Leopard would be Intel only. I have to say that at the early point when it was reported that alpha builds of Snow Leopard were being seeded to developers as Intel-only software, the proverbial writing was on the wall, and I figured it was the longest of long shots that there would be a PowerPC version of OS 10.6.

Now that it’s been confirmed, I don’t find it unsatisfactory – in fact, I was advocating it even before those first Intel-only developer builds materialized. In an opinion piece 14 months ago, I affirmed that dropping PPC/Carbon support in OS X 10.6 would help streamline the system and free up developer resources to make the Mac OS run better on contemporary Intel-based hardware, which even then pretty well anyone who cared about being at the cutting edge was already running anyway.

Now I’m not a surf-the-bleeding-edge kinda guy. I’m not an early adopter by nature and temperament, and I am temperamentally inclined to hang onto older, comfortably familiar, and proven technologies until I’m convinced that the next wave, so to speak, really is an advance or improvement.

For example, my car and truck were built in 1990 and 1994 respectively. I still use a land line telephone (iPhones don’t work in this neck of the woods anyway, with the fringe of the nearest GSM service range about 35 miles away), have and still use a VCR for TV time-shifting, and just recently got my first (non-computer) DVD player. My 35mm camera, which is 36 years old, still gets some use (less and less all the time), and I have a small-by-today’s-standards 20″ television with a CRT connected to a broadcast reception antenna (no cable here either).

I finally got my first Intel Mac last winter – more than three years after the first MacBook Pros were released – and I still use a 9-year-old Pismo PowerBook several hours every day.

However, indications being perhaps to the contrary, I’m not a hidebound reactionary Luddite. I’ve got nothing against technological advance; indeed, I embrace it in many instances, when it (in my estimation) represents actual improvement over what it’s displacing and is economically sound and justifiable. I have fallen in love with my Unibody MacBook despite my frustration about it’s lack of FireWire support.

But I’m no fan on change for change’s sake and am inclined to like things I own better the longer I keep them. My car and truck, for instance, do everything I need them to do, are reasonably reliable, and long since paid for, so there’s no compelling reason to trade up, objectively speaking. I didn’t switch to Mac OS X as my production OS until late 2003 with OS X 10.3 Panther – when I deemed its feature and efficiency advantages as finally outweighing OS 9’s superior speed and responsiveness.

At Peace with Older Macs, OS

I’ve serenely made my peace with OS X 10.4 Tiger being the last officially supported Mac OS version for my beloved Pismos, and I’m disinterested in doing a hacked install of OS X 10.5 Leopard. My 1.33 GHz 17″ PowerBook labors strenuously enough supporting Leopard’s graphics resource demands, and I can imagine how sluggish the Pismo would be with its puny RAGE 128 Mobility GPU and 8 MB of video RAM – even with its 550 MHz G4 processor upgrade – trying to cope with Leopard.

Of course, one tantalizing aspect of Snow Leopard is its slimmed-down, reportedly more efficient and less resource-hungry coding, which would probably make it a better performer on PowerPC hardware than Leopard is, but a lot of that slimming has been thanks to elimination of PPC code. You can’t have it both ways.

The ‘Intel Only’ Future

Simon notes that the last Power Mac G5 clocked in at 2.5 GHz and is still a very respectable machine – and certainly full of life – but Leopard isn’t exactly chopped liver and should be well-supported with software for a considerable stretch yet. 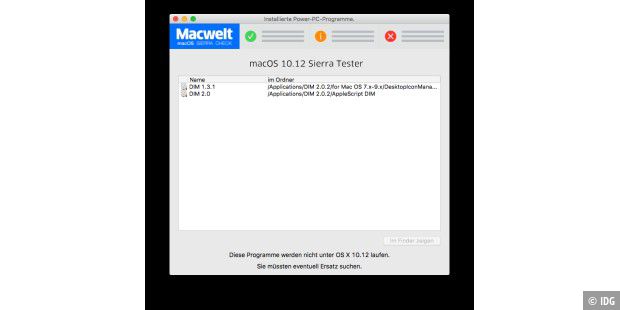 Simon wonders: “It was inevitable, but how long before owning a PowerPC – even a fast one – will mean not running the latest OS or latest version of software?”

Well, as noted with Adobe CS, not that long in some instances. Browsers have proved to be the sticky issue for OS 9 holdouts. No one has developed a really up-to-date browser for the Classic Mac OS for a long time, although there are still a few (iCab and Classilla among them) that one can still get by with for the most part.

Apple clearly long since lost interest in PowerPC. Leopard works sort of okay on my 1.33 GHz G4, but it’s an indifferent performer in many respects. I’m inclined to suspect that Apple pretty much took a “that’s good enough” approach as regards refining and polishing Leopard performance on PowerPC machines. Tiger is a much smoother performer with fewer angularities.

I love the Spaces feature and Time Machine and a host of other improvements like the updated spellchecker and Spotlight in Leopard, but compared with Tiger, it is still a buggy beast, and email performance, at least over dial-up, with which I am still stuck, remains in the toilet – slow and cranky – compared with smooth and slick throughput in OS X 10.4 Tiger on the same equipment and connection. (I have both Leopard and Tiger installed on separate partitions on the big PowerBook.)

The most recent PowerPC Mac in production was the dual-core Power Mac G5, discontinued in August 2006, and the last PowerPC laptop was the 12″ PowerBook, superseded by the MacBook in May 2006. My projected service life for a primary workhorse Mac is three years, so I think the PowerPC cutoff with Snow Leopard is very reasonable.

Consequently, I’m not only satisfied (I’m delighted) that the next OS X version is focused on polishing the speed and reliability of what’s already there in Leopard rather than piling on a whole slew of new stuff, and should make my MacBook run even better. For those who ponied up for the last G5 Power Macs, G4 PowerBooks, and eMacs back in early-to-mid 2006, it was certainly no secret at the time that PowerPC Macs were lame ducks, so you really have no complaint.

Leopard Will Continue to Work

Leopard will continue to work on your machines and will be supported by Apple for the foreseeable future. I expect periodic security updates will be released at least until 2011 – and perhaps longer than that. Virtually everyone who is serious about staying current in the computer world, or at least reasonably so, should have an Intel Mac by then.

For those who want to keep using an actively developed OS on their PowerPC Macs, there’s always desktop Linux, which keeps getting better and better.

As Simon Royal ruefully observes, PowerPC users will slowly become a smaller and smaller minority, and more and more software will become Intel-only – eventually Snow Leopard (and its successors) only.

Meanwhile, I intend on using the Pismo I’m typing these words on for several years at least, provided it holds up – and it’s showing no signs of flagging. I love my Unibody MacBook, but the old Pismo still has its charms, even running OS X 10.4.11 Tiger.