When Tomb Raider was released in 1996 for the Mac, it was ground-breaking, and began the series that made Lara Croft a super-star. Developed by Core Design and published by Eidos Interactive, the game opened up a whole new world for 3D third-person action-adventure genre. The first game in the Tomb Raider origin trilogy has been future-proofed with an update to 64-bit, and now benefits from our latest code libraries and Apple’. Tomb Raider is the original classic game that has sparked the popularity of the mixed action adventure genre. It has become the yardstick against which numerous imitators have since been measured. Although the graphics may appear outdated today, the game still holds a.

High quality graphics for the original Tombraider, including the 'Temple of the cat' and 'Unfinished Business' levels.

Until the development of Glidos, there had been no way for the original Tombraider game to make use of modern graphics cards. Glidos is the first program to provide Glide emulation for DOS, and allow games like Tombraider to show their full detail on modern computers. Download the demo now and see Tombraider as never before.
Glidos also supports Descent II. Months of work has finally paid off, and now the same detail and clarity that Glidos brings to Tombraider is also available for Descent II. To quote Do_Checkor from http://descentforum.de: 'why walk when I can run? why run when I can drive? why drive when I can fly? why just fly when I can descent?'
Redguard, from the Elder Scrolls series, is now fully supported under Glidos. This game shows itself as being graphically the most rich and detailed of the Glidos games. It is difficult to believe this game dates from the old DOS era. This game is a rich experience, with many chalenging puzzles.
One more to add to the list: Carmageddon now works through Glidos. This game is said to be for the 'Chemically Imbalanced'; don't worry that you may not be suited to this game: I believe that playing it causes the imbalance. What can I say, high quality carnage simulation.
Extreme Assault is a very pretty looking helicopter simulation. There's a downloadable demo which gives you several levels to play against the clock. Not sure that the full game is available to buy any longer, but the demo is well worth a look.
Grand Theft Auto: the orignal of the very popular series of games. It is interesting to see the origin of the modern episodes, like Vice City.
Dreams to Reality: this is a strange one; very pretty graphics and very strange. First half hour of game play is a bit simple, and some of the characters have silly voices, but it gets more and more interesting as you go one. I'm hooked. Not easy to find copies of this game to buy any more, which is a great pity. 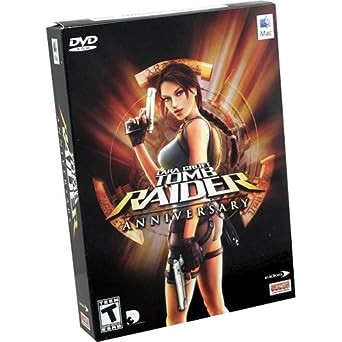 Blood: excellent first person shooter. A bit gory. Well, very gory. Hmmm, very very gory, but funny with it. There's a version on the web for download too. Blood required special programming in Glidos, which gives better results than on an actual voodoo card. With a voodoo card textures are smoothed only in one direction, whereas Glidos gives true bilinear interpolation.
Screamer 2: lovely rally driving sim, with great graphics. Its another case where I've been really surprised with the quality achieved back in the days of Glide. Nice little touches like realistic reflections in the car windows. Most importantly the simulation seems very accurate.

The classic Mac Tomb Raiders - TR 1 to TR 4 (Last Revelation) - will only run on a PowerPC Mac. They will not run on an Intel Mac, which means that no new Mac computer can now run them! The Intel version of OS X has no support for any classic Mac software, not just games....

Running a classic Mac full screen 3D game, particularly the earlier games, in OS X Classic mode, can exhibit problems due to graphics incompatibilities. The results can differ between different Macs with different graphics hardware (ATI or NVIDIA), and different versions of OS X which have varying Classic graphics support via OpenGL. I can confirm that my 2004 built MDD dual G4 Power Mac with an NVIDIA GeForce4 Ti 4600 128MB graphics card and OS X Panther 10.3.9 runs all the classic Mac TRs well, one way or another. However, other setups may or may not show the same success. You just have to try using my tips and see what happens, and I can give no guarantees that you'll be successful! I've had some feedback from an OS X Tiger user with an ATI graphics chip which indicates that there may be problems playing those classic TRs in Tiger Classic which use OpenGL directly. In particular this refers to Last Revelation, which only has the option of OpenGL so can't use MacGLide - the advice I received is that you may experience control lags that make the game difficult, or even impossible, to play! Tomb Raider III also has an OpenGL option, but this can be played in 3Dfx Glide using MacGLide. Tomb Raider Chronicles has a Carbon version and should run fine natively in Tiger. The TR Level Player (TRLE) Carbon game should also run well, but my tip about switching between the Carbon and classic versions to get around bugs may not work in Tiger Classic.

MacGLide is a freeware shared library that replaces the old 3Dfx Glide (Voodoo) classic Mac extension '3DfxGlideLib2.x' - it works by translating the Glide calls to OpenGL. Note that there is now a 'Tomb Raider Special Edition' MacGLide which should provide better support for Tomb Raider I than the standard release! On my setup Tomb Raider I is the only classic TR that absolutely requires me to use MacGLide to run in OS X Classic mode, and it runs well with MacGLide 0.12 (at the time of writing this I've not tried the 'Special Edition').

I've had feedback about MacGLide that may be useful. The suggestion is that it could be worthwhile trying different versions to see which performs best in your own situation. The advice I received indicates that MacGLide 0.11a2 may be the best for general classic TR use in OS X Tiger with ATI graphics, but that there may be some degradation with v 0.12 or 0.13a2. Later versions may improve things so it's a matter of testing in your own situation. It's easy to download and install, uninstall, or update, so it's not too difficult for those who want to test various versions. Note that results could vary depending on many factors, including which version of OS X you're running, and whether you have ATI or NVIDIA graphics. All the different versions are available on, or linked from, the MacGLide download page.

Tomb Raider I is the least compatible TR in OS X Classic mode, due to the age of the game and its primitive graphics support (the original TR 1 was released for PC in 1996). It has support for running in Software, 3Dfx (Voodoo), and RAVE modes. Due to the early RAVE support OpenGL won't run the game correctly, so it's necessary to download and install MacGLide, then restart Classic mode, open the TR1 Setup utility, select 3Dfx in the graphics options, and if necessary tweak the resolution and refresh rates if you still see problems.

Tomb Raider II has support for running in Software, 3Dfx (Voodoo), and RAVE modes. RAVE support in TR 2 is much improved over that in TR 1 so this could well run in OS X Classic without help. Open the Setup utility and select RAVE, and if necessary try tweaking the resolution, refresh rate, and other graphics settings (there are more options for RAVE in TR 2). However if you're unable to get it to run satisfactorily then download and install MacGLide, restart Classic mode, and use the TR 2 Setup to switch to 3Dfx mode and tweak the settings if necessary.

Tomb Raider III has support for Software, OpenGL, and 3Dfx Glide (Voodoo). The inclusion of OpenGL support could well be successful so try that first. Open the Setup, select OpenGL, and if necessary try tweaking the graphics settings. If this fails then download MacGLide, install it, restart Classic mode, and change the settings to 3Dfx Glide. Note that the Trilogy version of TR 3 was optimised for OpenGL, so although running in 3Dfx was possible, OpenGL gave visibly better results. But if you're running OS X Tiger then it may be necessary to download MacGLide and run in 3Dfx Glide as OpenGL support may be broken.

I have received information from Dave that there may be a problem with playing TR3 Gold under OS 10.4.11 (Classic) where you may experince the same lag present in some of the other classic TRs. The soloution seems to be to open Classic preferences, option click on the Memory/Versions tab (make sure you do this with one of the other tabs selected) and you will find an 'Adjust Memory' button. click this, move the slider further to the right and restart to fix the problem.

The Last Revelation has even more advanced graphics support, but can only be run in OpenGL - there is no support for 3Dfx Glide! Basically here it's a matter of tweaking the graphics settings, resolution, and refresh rates. MacGLide is no use for TR 4. If you're running OS X Tiger then Last Revelation may not be playable - see my notes above about TR in Tiger Classic! 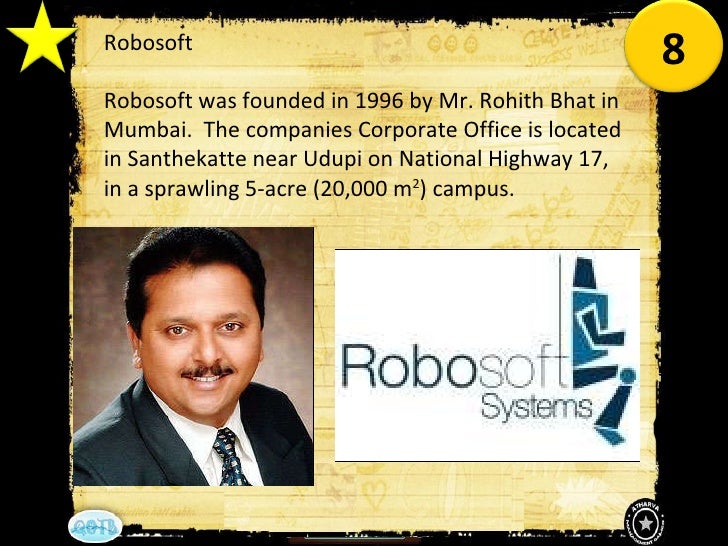 As for Chronicles, this comes in both classic and carbon versions. In most cases the carbon version runs fine in my setup, but occasionally I need to switch between the carbon and classic versions when a custom level has bugs (the savegames are compatible with both the classic and carbon game). As this game is a modified version of The Last Revelation, my comments for that apply to the classic version of this one as well. This means that in OS X Tiger it may not be possible to run the classic version at all - see my notes above about TR in Tiger Classic! 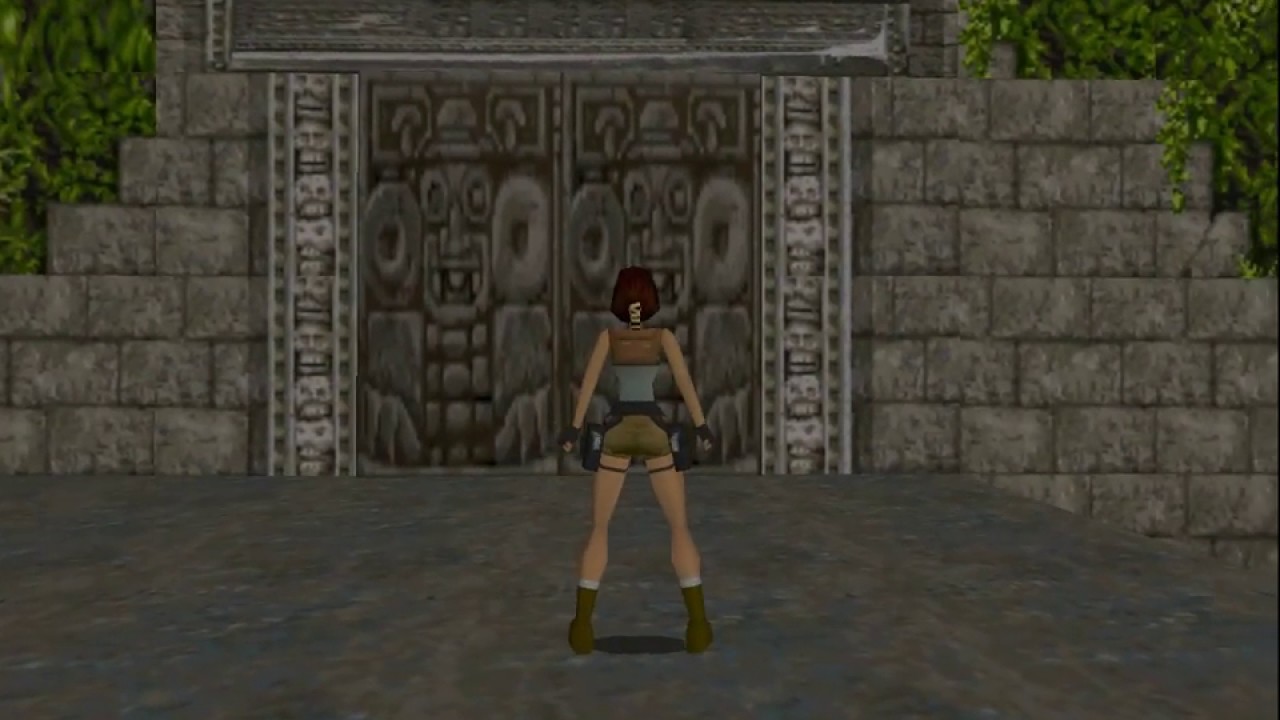